It works on Winblows and it worked on Wine on Arch for me just fine. 🙂

Here are some screenshots: 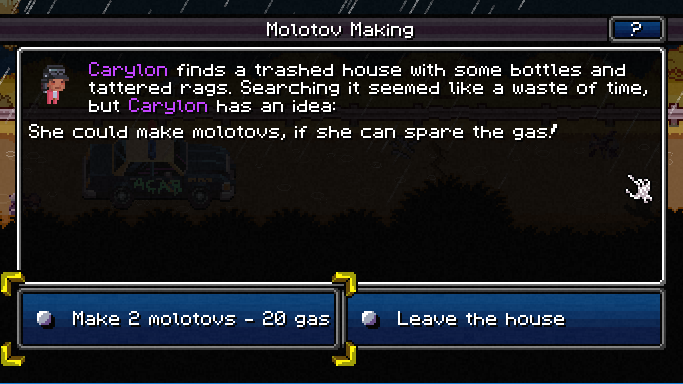 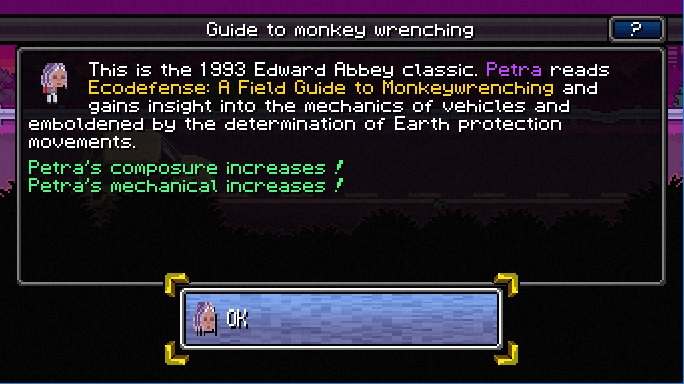 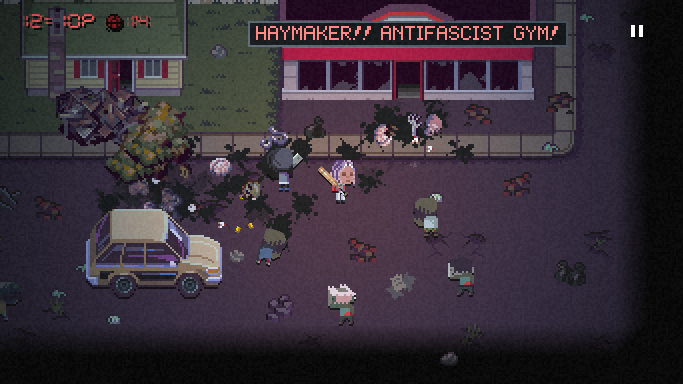 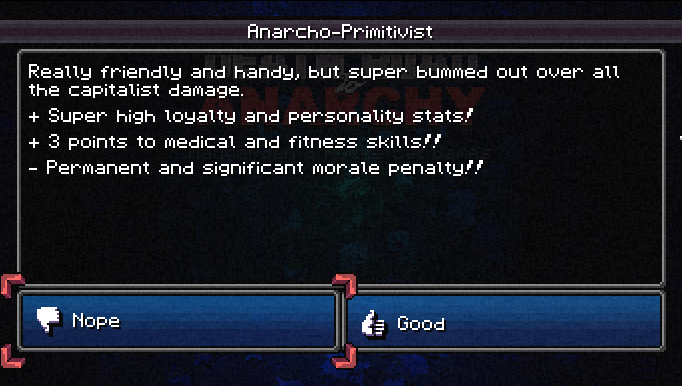 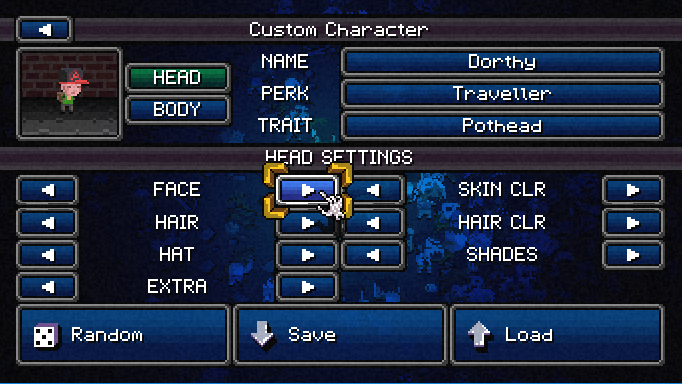 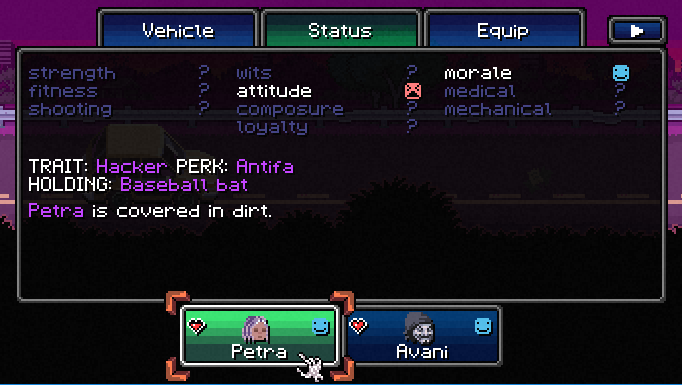 This is a special Anarchist edition of the game “Death Road to Canada V29” !

While being in the middle of nowhere, and playing the waiting game, I had an opportunity to mess around with the code and graphics of this game. I managed to make 3 Anarchist secret characters, some new dialogue, and changed every reference to “Canada” to instead be a reference to an Anarchist collective in the North. Otherwise the characters and dialogue in this game are pop culture and video game references.

I did it because I hope that we Anarchists can appropriate anything we get our hands on (music, books, movies, TV shows, comics, etc) and transform it into something that promotes Anarchism. If you see something, change something.

How often should we have to engage with catchy and fun media only to find that it promotes pacifism, white-supremecy, capitalism, patriarchy, fascism, and more? Not to say that this game did that a whole lot. I only chose this game because I found the code for it, and I found it fun! Thank you Rocketcat and Madgarden games for making such a great zombie game! I would attempt to fix the gendering in this, but my edits are just a surface level mod; I haven’t really changed the code much.

The original game can be found here.

Their version is a lot further along the original game’s development, so it’s probably even better than this game (unless you’re like me, where anything Anarchist is better than anything else!).

Feel free to do it yourself, the code is all there.